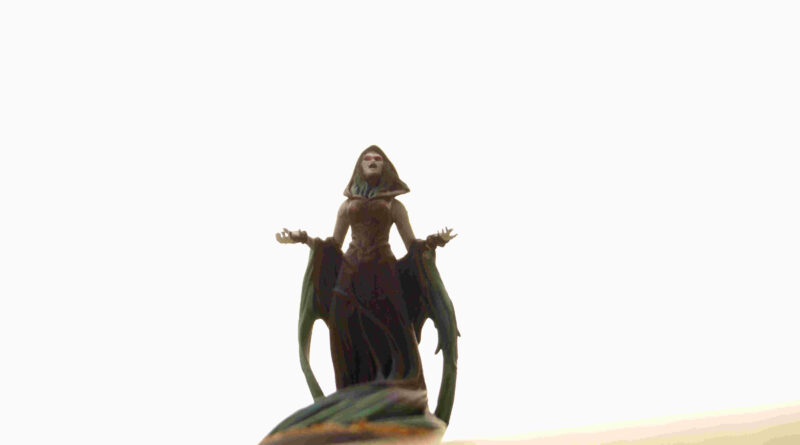 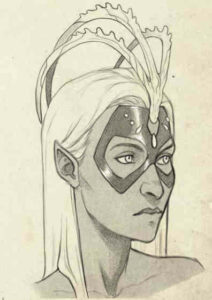 Like every day, the shade was diminishing at this early hour as the sun darted its scorching rays over the entrance to the castle. Slowly, the sparkling star scanned the narrow staircase leading to the entrance hall, step by step, slowly, almost ritually. He finally reached the gaping opening whose secrets his sight had never pierced. Then like every day, like the dark sun, Thakok-An appeared on the now illuminated threshold. Slowly, almost ritually.

As always, she ceremoniously passed her hand over the stones of the parapet and let it slide as she descended, thus beginning a route traveled a thousand times. The memories she had been hoping for finally appeared and she immersed herself in them with a mixture of impatience and longing.

The sun followed her course as she strolled through the streets, crossed a bridge or climbed a slope. Or was it she who adapted her path according to the arc of the star?

She paused briefly as her footsteps brought her close to the great ziggurat, where, at this precise hour, her tallest platform stood out in perfect backlight. Finally, too dazzled to hold her gaze, she continued on her way and crossed the arenas as well as the city center to end her escapade at her starting point, at the foot of the staircase of the castle. There, guided by her memories, she climbed the steps, this time with a hurried step lifting her dress, to their top.

The well-known and often-traveled corridors passed quickly as she progressed towards a place that was too familiar, too painful. She was running now, as if for an unmissable appointment. Bedrooms and dining rooms, various lounges and useless rooms, cold corridors and gloomy staircases, everything flashed before her terrified eyes. Then she finally arrived.

Thakok-An stopped short in front of a double door that she had opened so many times before. The designs engraved around the perimeter prevented anyone from entering without His permission. The metal reinforcements spoke volumes about the importance of its contents and the agafari wood seemed to mock the passage of time.

The doors were ajar. Sure.

As she stepped through them, a secret hope washed over her, defying all logic, but when her gaze wandered around the room, He wasn’t there. Sure.

She knew where to go and walked there instinctively, lifting the heavy drapes that lined the room as she went.

Thakok-An ceremoniously knelt down, as usual, and if her heart could have, it would have been pounding at a frantic pace. But as she gazed at her own corpse, horrible memories came to her mind…

DMs only!
The following information is reserved for GMs. If you are a player at Dark Sun rpg, it is better to find a less sandy track, you risk discovering well-kept secrets…

A sharp, dull, high-pitched noise woke her up, immediately followed by a second. They sounded like a pickaxe hitting rock, far away. A new one, then another a few moments later. The sound became clearer as he approached, and the echo of each impact reverberated from the heights of the palace. It looked like a stone falling from a ravine and hitting walls and ledges during its fall.

But it wasn’t a stone rolling down in her direction, at least not a stone in the rough. The obsidian sphere hit many obstacles before hitting the marble paving of the laboratory. During its journey, not a single fragment came off and it was in perfect condition that it finished its run.

Thakok-An opened her eyes as the orb hit the ground, bounced a few times, and rolled slowly in her direction. She stared at him without taking it in hand. The sphere was forteen inches in diameter and the shiny black of its surface made her think of the last look Kalid-Ma had had on her before…

Because, as she sat up, the memories finally came back to her.

Sensing danger, his subconscious activated the psionic power provided for this purpose, teleport trigger, bringing the king to the safest place he knew. According to His instructions, Thakok-An was waiting for Him, racked with anguish and stress, and when He appeared, the relief she felt quickly gave way to fear. For the danger He had sensed was within Him. Or rather, He was the danger.

The lab was devastated in seconds. Precious works were destroyed and unique tablets were broken carrying with them a thousand-year-old knowledge. Thakok-An thus remained prostrate before this devastating madness, paralyzed by terror and unable to emit the slightest sound. Distraught by the situation, she nevertheless felt the howls of rage of her King.

But above all, it was His pain that hurt her the most. Bound to Him by a psionically and magically heightened empathy, she felt only a tiny part of it, a tiny fragment, as if the King was trying to distill his pain to his templars to lessen its effects. Nevertheless, it seemed to her that her body was going to implode, too narrow, too frail to support this shared portion. It was then that her own screams drew the king’s gaze to her.

Thakok-An grabbed the obsidian orb and left the lab. Not a sound reached her, either inside the palace or outside. She quickly understood why.

The city of Kalidnay was completely destroyed. Houses and warehouses were collapsing on themselves and only a few buildings remained intact, spared by a few miracles. Citizens, guards, slaves and animals lay here and there among the rubble. All looked like a faded flower, drained of their vital substance. They were now empty envelopes and not one had seen death coming. Or so she hoped.

No one could tell how many times Ral and Guthay had drawn the veil of night over the extinct city of Kalidnay and as Thakok-An wandered among the ruins she heard an uproar followed by a voice that echoed her own thoughts.

A large group of people had gathered not far from the Ziggurat, staring blankly and pained as they contemplated the disaster spreading throughout the city. She recognized them as citizens and farmers of the surrounding farms, lifting stones in search of their families. Others were lost slaves too bewildered to think of running away, like the animals of a herd having lost their herdsman. Another group was made up of templars in total disarray. They too had felt the pain of their king. Some had died struck down by the suffering while others had completely lost their minds.

Among this crowd was a young merchant who gazed in horror at the rubble of what had been his villa and under which his family and his belongings lay. He took out a torn cloth, symbol of his house, as well as a necklace belonging to his wife. He searched and searched again, repeating tirelessly :

At this sight, Thakok-An was seized with terrible anguish and rushed to the only place where she felt safe. As she approached, this anguish grew, but she did not back down, braving the contradictions that blurred in her mind. When she entered the laboratory, a pang squeezed her heart and it was with apprehension that she progressed now. When, at last, she discovered what frightened her so much, a harrowing memory assailed her.

The King squeezed her with an iron fist and His oversized paw was going to crush her chest any second.

But Thakok-An was not afraid. She loved her King too much.

Kalidnay had changed. His body had evolved and more scales now covered his back and arms. The entire upper part had lengthened and his face had thinned, making it more carnivorous than before. His eyes were staring at her and the growl coming out of his mouth left no doubt about his intentions. Resigned to death and unable to speak, Thakok-An stared into those bloodshot eyes, those eyes that had once rested on her with so much love and tenderness.

But the message she tried to convey to the king could not overcome the pain he felt and when his lungs were punctured by his broken ribs, Thakok-An died with only regret that she had not been able to relieve his King.

As she carefully observed her own body lying on the ground, Thakok-An noticed the pendant He had given her. Too heavy and too cumbersome, it was not intended to serve as adornment but to protect her during the ritual. Kalid-Ma had insisted that she wear it and stay in the lab where he would inexorably return.

She saw, not without feeling a sharp pain, the obsidian jewel embedded in her chest, breaking the ribs there and taking her life.

She did not touch the jewel or the body, whose slow decomposition she followed day after day.

Finally, her decision was made. 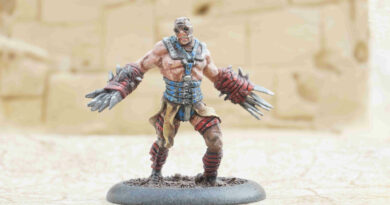 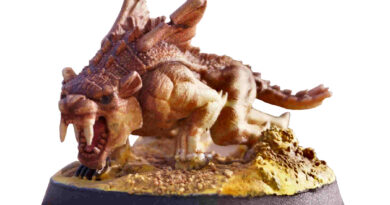 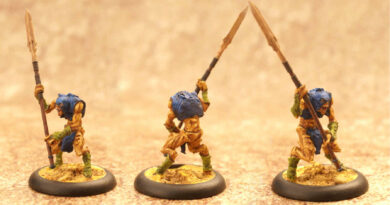 Soon in the work in progress section